The Spanish Conquerors first arrived in Mexico in the XVI Century. Undoubtedly they are remembered as having plundered Mexico of much of its natural
wealth especially gold and silver, but they also left a legacy of impressive buildings and colourful traditions.

On this journey through some of the beautiful cities left behind by the Conquerors, we will see many of the reminders of this turning point in Mexican history.

Meet and greet at Mexico City airport (MEX) by your English speaking guide. Transfer to the hotel in an air-conditioned coach. Overnight.

After breakfast there will be a chance to see the historic heart of the city and its wide plaza known as the “Zocalo”. It will include visits to the National Palace, the 18th Century Cathedral and an option to visit the excavated site of the Templo Mayor - the main temple of Aztec Tenochtitlan (not included). Then there will be a short walking tour which will more than display the colonial beauty of Mexico City. Following this you will be taken out to see the magnificent Pyramids at Teotihuacan, which was Mexico‟s biggest ancient city, with perhaps 200,000 people at its peak, and finish off the day at the world-renowned Museum of Anthropology. Overnight. 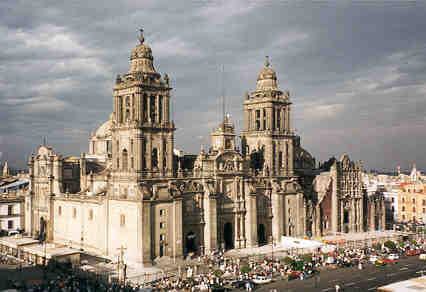 Breakfast. Out to Tepotzotlan, where one of the greatest treasures of the Colonial era lies, - The Museo Virreinal which was originally the church of San Francisco Javier, built from 1670 to 1682. After visiting this impressive Museum you will carry on to the City of Queretaro, conquered by the Spaniards in 1531. There will be a short walking tour of the centre of the city. Continuing on from here the next stop will be the lovely town of San Miguel de Allende, which is an attraction for artists of all types, because of its beautiful cobble-stoned streets lined with bougainvillaea and houses opening out into courtyards. There will be a visit to the magnificent Cathedral before you continue on to your destination for the night, Guanajuato. Overnight. 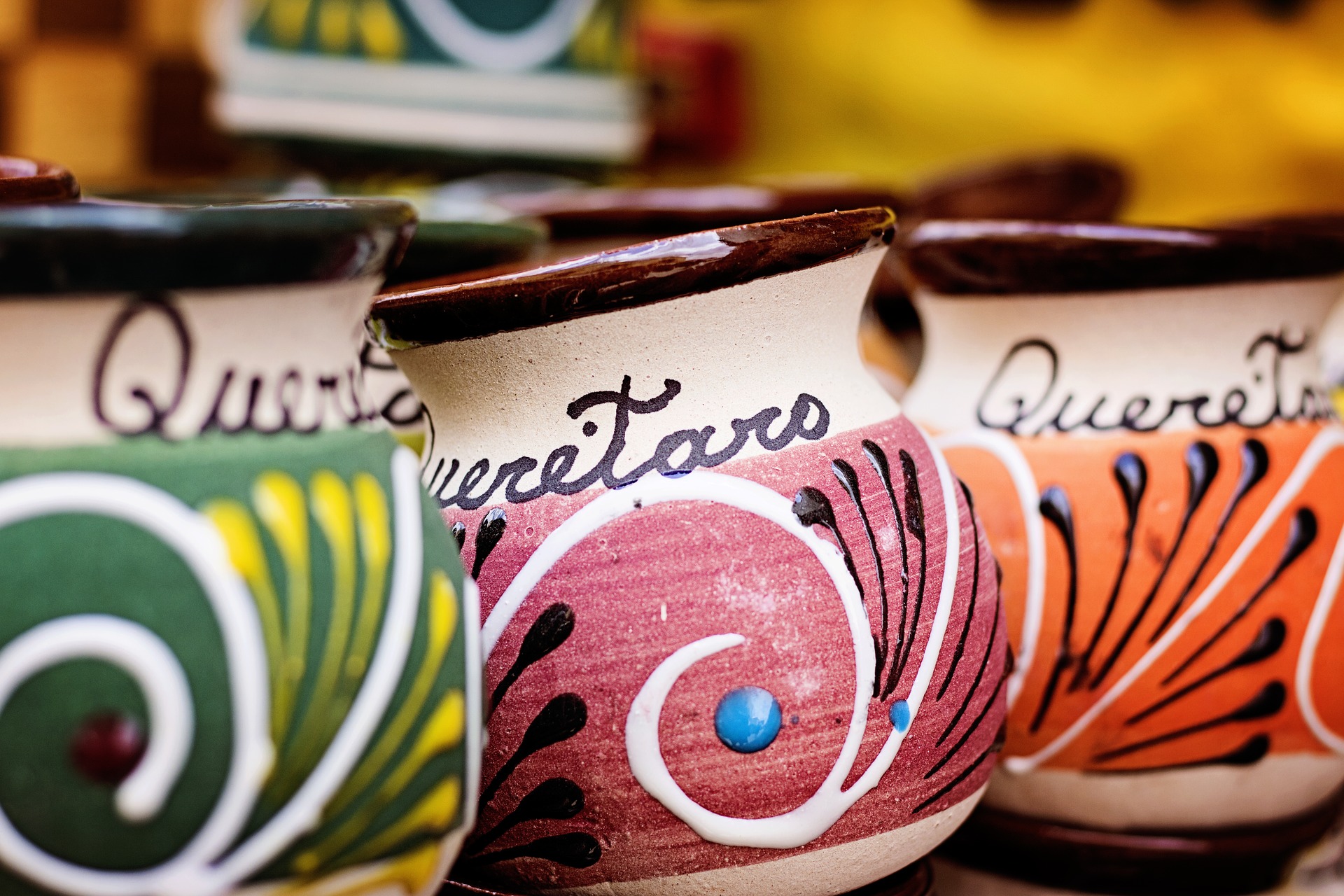 Breakfast. The day will be devoted to a visit to this most famous colonial city. For two centuries almost 40% of the world‟s silver was mined in Guanajuato, the silver and gold mines found here were among the richest in the world, many of the colonial structures built from this wealth remain intact, making Guanajuato a living monument. Return to the hotel and at night there will be a chance to hear one of the typical “Estudiantina” bands which perform in the streets of Guanajuato. Overnight. 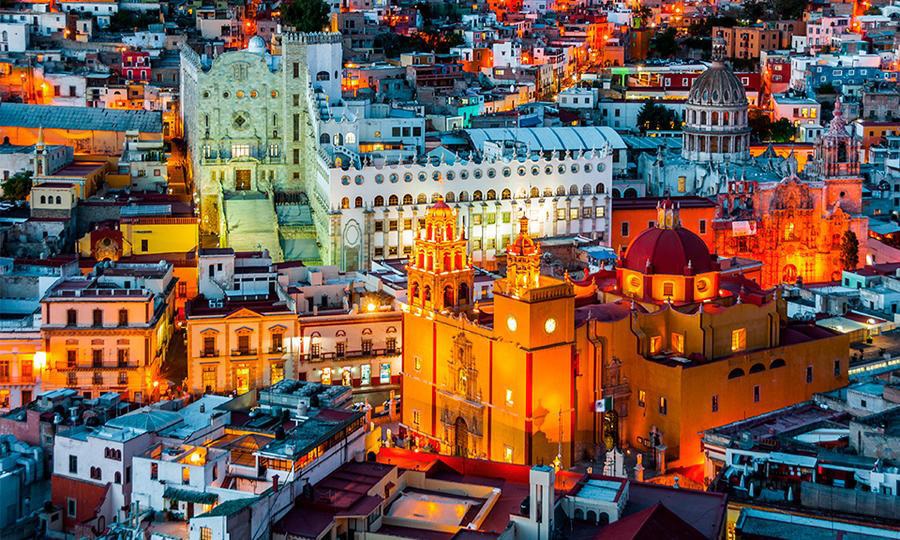 After breakfast, you will leave Guanajuato and drive south to the state of Michoacan and its beautiful capital city of Morelia, officially founded in 1541. The scenic drive will take you past the lovely lakes of Yuriria and Cuitzeo - the road actually runs along a causeway over the latter lake. On arrival in Morelia there will be a walking tour with the magnificent Cathedral being the centre of attraction. Overnight. 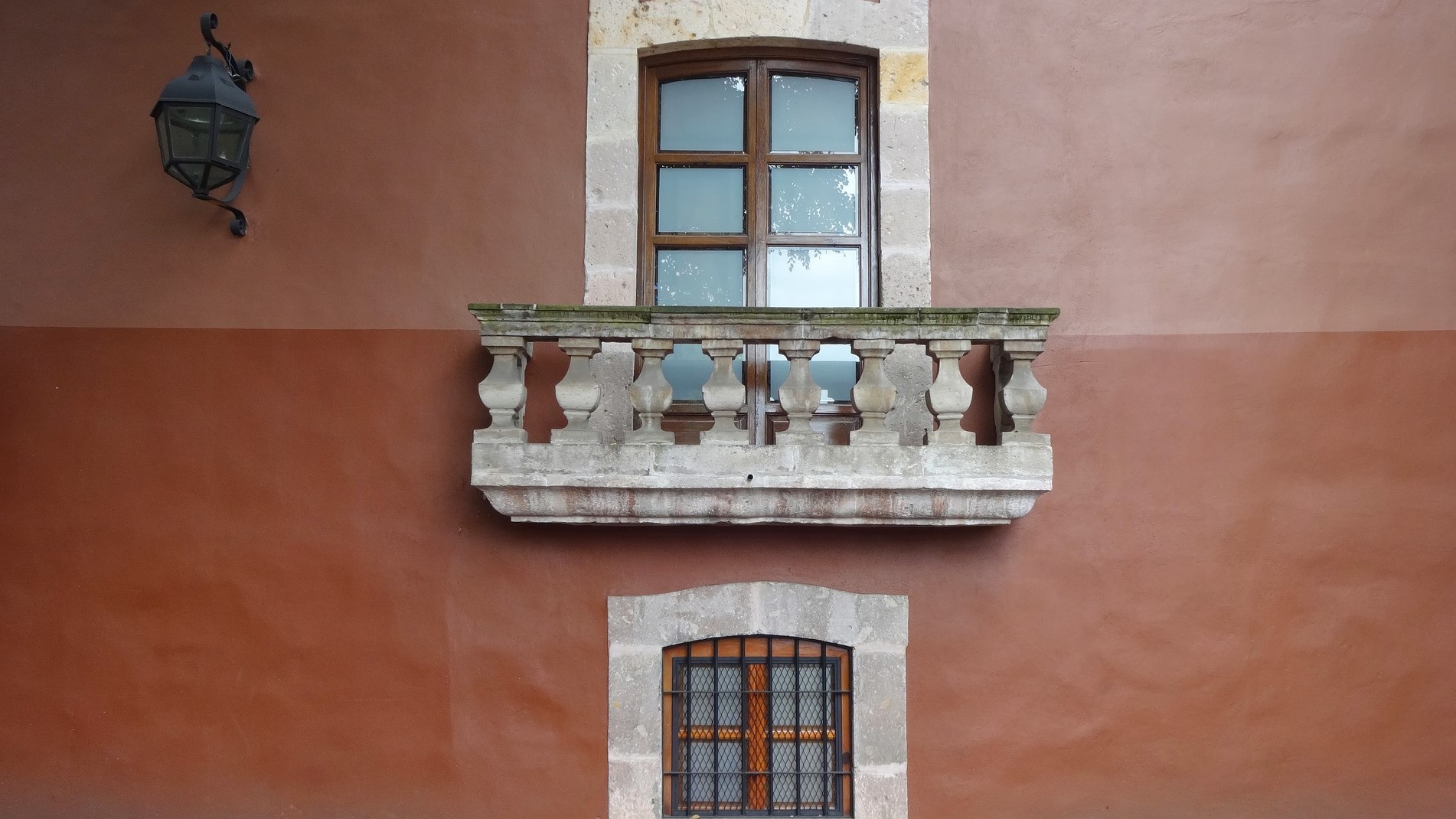 Just a short drive away from Morelia is the peaceful Lake of Patzcuaro. After breakfast, this will be the destination for the day. You will pass through small villages with such names as Tzintzuntzan (place of hummingbirds in Purepecha language) before reaching the lake. On arrival you will board a launch which will take you out to the Island of Janitzio, the largest island in the lake. The launch trip offers views of villages along the shore while local fishermen demonstrate the use of their famous butterfly-shaped fishing nets. There is a huge statue to the Independence hero, Morelos, dominating the island, inside the statue is a set of murals depicting his life, you have the choice to climb up inside all the way to his raised fist, from which there is a terrific view. Time will be spent on the island in order to explore all the area and the return to Morelia will be in the late afternoon. Overnight. 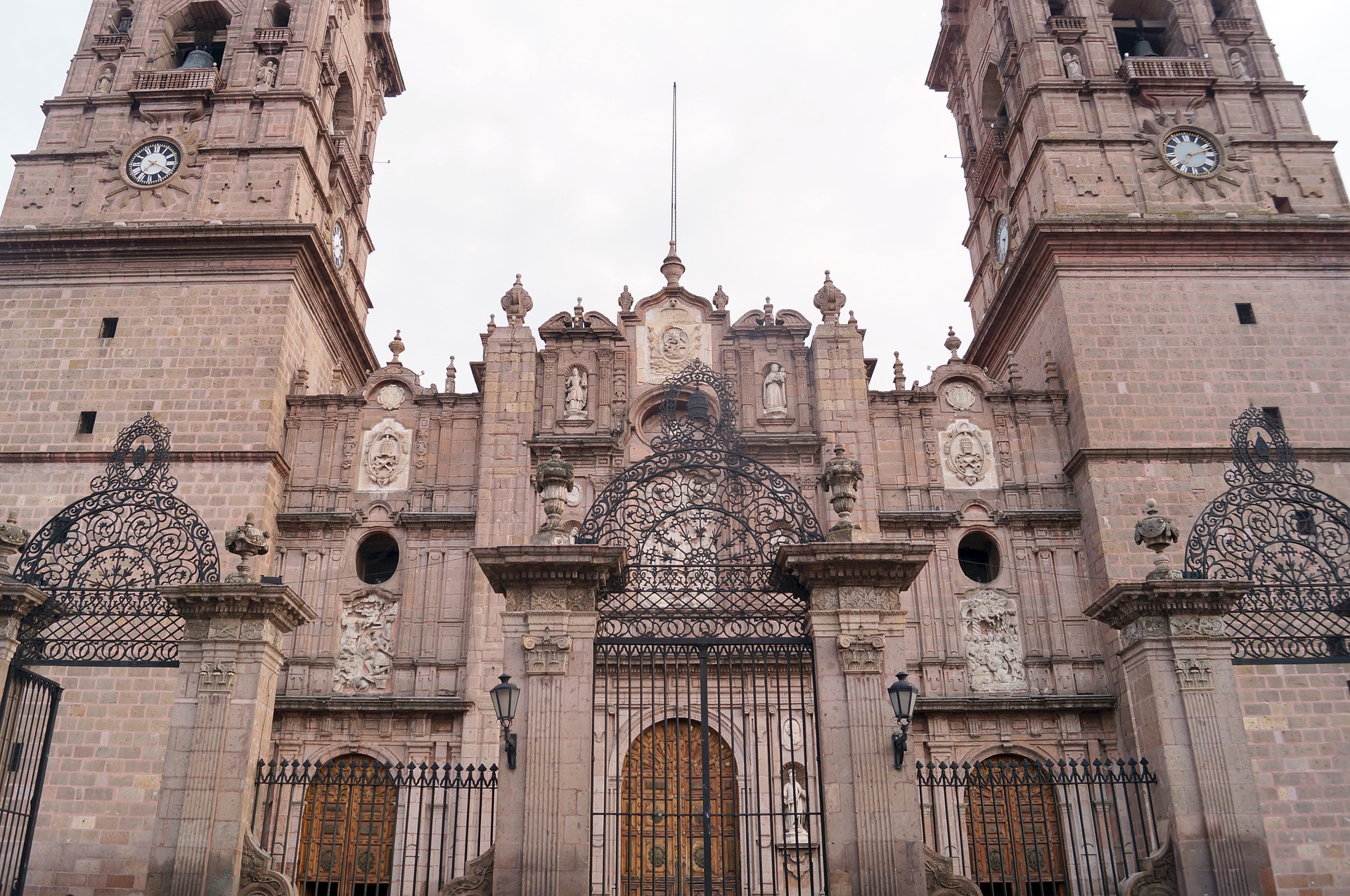 After breakfast the coach will continue to Guadalajara, the second biggest city in Mexico and reputed as the nation´s most “Mexican” city as many of characteristically Mexican things and traditions were created here. On arrival you will visit the area of Tlaquepaque, known as a great centre for handicrafts and artisan´s work. Many flowers, small benches and monuments grace the plaza. The shops are full of ceramics, mache paper animals, bronze figures, handmade glassware, embroidered clothing, leather gear, carved wood and more. There will be time here for shopping and looking around before continuing to the Hotel, Overnight. 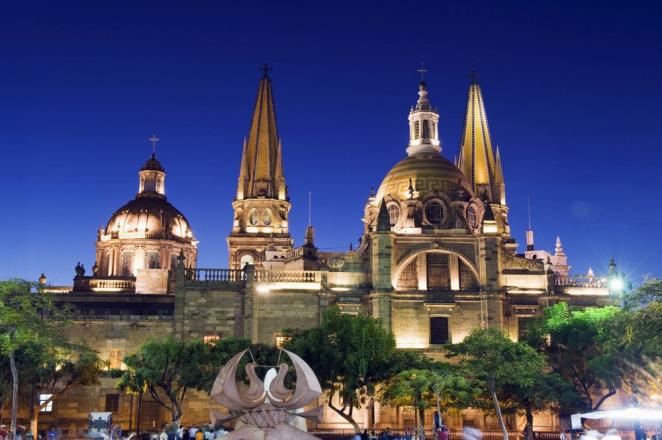 This morning we will have a tour of the centre of Guadalajara to see some of the beautiful colonial buildings in the centre like its huge twin towered Cathedral. Among other important buildings in Guadalajara we will visit Degollado Theatre. After City Tour of Guadalajara you will continue out of the city and over the Sierra Madre Mountains to the Pacific resort of Puerto Vallarta, with its cobble-stones streets lined with old fashioned white adobe buildings, and red tile roofs that make Vallarta one of Mexico‟s most picturesque coastal cities. On arrival there will be time for a first swim. Overnight. 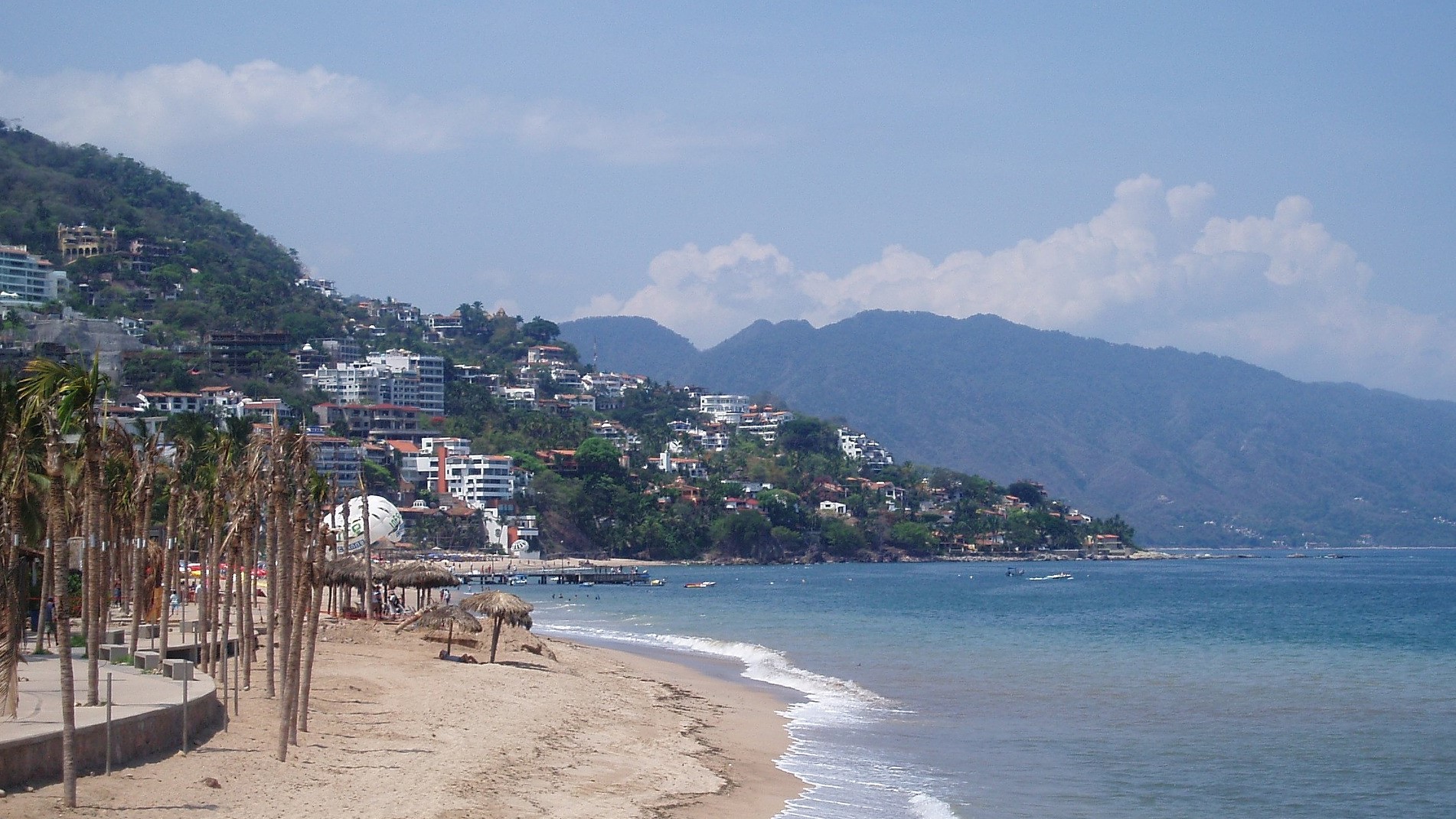 Breakfast. Free time until the transfer to the airport for the flight out of Cancun (CUN).